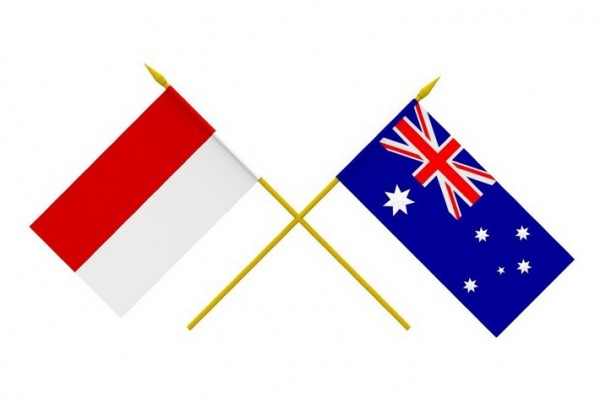 The usual and ongoing question of whether or not economic diplomacy is better than cultural diplomacy gets ever more specific in this debate motion, because the characteristics of both of these diplomacies have to be assessed in conjunction with traits of both Australia’s and Indonesia’s respectively.

Also, there will be varying interests in a bilateral relationship. It’s not always about economy. Sometimes it could be about politics. Or military. Or others.

Yep, pretty much only that.

No, actually, wait. This is kind of confusing. Somehow it is debatable that economic diplomacy belongs within a country’s culturally diplomatic efforts. And, then again, it is not as if they are mutually exclusive: one can pursue economic diplomacy and cultural diplomacy at the same time, after all.

Oh well, things are going to get messy.

As of developments in 2014 where there happened to be bugs and tapping in Indonesia’s communication system (it was Indonesia’s presidency who fell victim, by the way), and around the same time, the scandal over beef export and import between Australia and Indonesia (about unethical treatment towards animals, then countered by allegations of unhygienic livestock, then countered again by boycott, then countered again by stricter quota and tariffs), yeah, whatever. The point is, it could be said that there was a heated situation and anger over these issues, so cultural diplomacy and being buddies-buddies one another and scratching each other’s backs are unlikely to be effective. They hate each other.

But economics, economics is always and will always be useful. Economic diplomacy has always remained an integral part in bilateral relationships. More on Team Affirmative Argument 2, though.

You should ensure that all burdens of proof for this argument are satisfied: what constitutes effectiveness in an approach, what other possible approaches are beside cultural and economic diplomacy, and the parameters imposed (standard for) effectiveness.

Yes, so, basically, these two are the major directions and points this debate motion will have its possible subdebates (clashes) branching out upon. The way you elaborated Team Affirmative Argument 1 was by characterizing the lousiness of their proximity (Indonesia’s and Australia’s). Then to connect how when two parties are acting hostile one another, cultural diplomacy is likely to fail. For this argument, you are going to glorify and emphasize on the effectiveness and benefits of economic diplomacy.

You could start with the fact that no countries will be safe or free from economic transactions. No country out there is great enough to self-sustain and self-produce everything it needs to continue sustenance. Hence that is the reason why all countries should be trading. You could also try glorifying economic diplomacy by using cultural diplomacy as a benchmark. That is, compare them both then state how economic diplomacy is far better than cultural diplomacy. A rule of thumb of characterization of Australia is that they are more liberal in their mindset, beliefs, and lifestyle. The likelihood of cultural diplomacy attempts from Indonesia, an almost polar opposite of Australia, being quite conservative in terms of their mindset, beliefs, and lifestyle isn’t likely to yield any positive results. Especially considering that Australia will likely give zero forks about culture. Who cares about national costume when you have GDP and positive trade balance to think about?

Okay, before you say anything, we admit it. This is a forced argument. Just because we want to follow the good old tradition of “3 arguments for each position/stance in every motion”. Yes, the whole premise for this debate, for Team Affirmative, that is, is to provide arguments that discredit cultural diplomacy and esteem economic diplomacy. This is one of the arguments that will likely already be contained within Team Affirmative Argument 1. But invest some time on explaining this point, will you? As this point will be of quite a tremendous help in fortifying defenses for your Team Affirmative Argument 1. The problem with cultural diplomacy is that the cultures of one country will vary greatly from another. And this difference – this GREAT difference, mind you – has often times proven to be the source of disputes. Or worse, conflicts. People hate what they don’t understand, and when you attempt to diplomatize by bringing something which is of polar opposites to the one whom you are attempting to connect to, these differences will incite comparison. The source of discrimination, racism, and all of the bad things out there related to social issue, all stems from this comparison. When there is the drive or motivation to compare which culture is superior to which culture. Should there be no culture involved in a relationship, there will be no awareness towards the difference in culture. No awareness means no chance for anybody to think about comparing which is better from which. No such comparison, means no racism.

There is this certain amount of bargaining power they have thanks to them using the dollar. Oh sheet, not only that, actually. The quality of education over there is also significantly far better than ours, resulting in better human resource and capital. Another point for them. The trade balance is in favor to them, thanks to the fact that we Indonesians tend to export more raw materials and import more finished goods compared to the decisions they make and take. Google more about this in order to have better footing and ground in terms of fact checks, but the point is, you already know the drill. The situation is roughly as like that. Now, another point. When you are losing in terms of economics, you want the relationship to be about cultural exchange. Because in terms of cultural exchange, there WILL. Definitely. Be. An equal amount of take-and-give-and-receive. But when the relationship is purely economical, there will be tons of benefit-and-cost analysis. And we Indonesians are surely going to get the short end of the stick the moment when they see just so much they can benefit from exchanging with us. Oh look, it’s them Indonesians again. Let’s only buy raw materials from them because anything else other than that coming from them is crab. Still sure about pursuing this economic diplomacy again?

Okay, we have to admit. Again. That this is another same case like that Team Affirmative Argument 3 just now. A forced argument. The underlying premise for this argument is within Team Negative Argument 1, in which you want to discredit economic diplomacy and glorify cultural diplomacy (pretty much more or less the opposite of what is there for Team Affirmative, but not exactly 100% the same, not that case, by the way – more on next argument).

Okay, anyway. The harms of pursuing an economic diplomacy takes its most toll on the lower-end of our society. What happens when we Indonesians decide to choose the easy way out? Oh, we lack in livestock. Let’s just import. Oh, we have a shortage in our agricultural produces. Let’s just import. And at the same time, the yield results of all our mines go there to Australia and then after that the gold and diamonds get converted to jewelries, and then we import those end products yet again. Middle-class and upper-class people won’t likely suffer this phenomenon, but it will impose a huge burden on the income and wellbeing of the lower-class citizens, which constitute the majority of Indonesian people! The farmers, greengrocers, and butchers who will have their income supply denied from their very eyes thanks to this attempt of the government pursuing economic diplomacy instead of cultural diplomacy. Whilst at the same time, the majority of our people also reflect our tendency to be conservative in terms of our ideals, beliefs, and lifestyle. So doesn’t that make more sense that our government should be pursuing a cultural one instead of an economic one?

No, actually, wait. This is kind of confusing. Somehow it is debatable that economic diplomacy belongs within a country’s culturally diplomatic efforts. And, then again, it is not as if they are mutually exclusive: one can pursue economic diplomacy and cultural diplomacy at the same time, after all.

MegaSableye: Ahh, that’s better. I feel a sense of tranquility every time after I finish copypasting something.