We support the existence of media as the critical element of democracy. Media as a part of journalistic product brings significant contribution on ‘check and balance’ actualization. It nurtures governance process, potraying transparency and also determining accountability of each public decision which relates with social welfare.

There are several characterizations of media which we rely on so that our democratic process can be maintained:

In the principle, we truly believe on how media matters a lot to the growth of democracy. However, we also find out on how media plays significant role in engineering information that unfortunately can be stirred by media’s owner to be in line with their mission and agenda.

The problem about biased information and even false information (hoax) are also current situation that our society faces during these days. 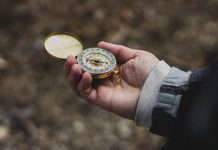 This site uses Akismet to reduce spam. Learn how your comment data is processed.

The Case Building Trick That Got Me From Scoring 73s to...

This House Prefers a Cynical and Pessimistic Perception of Democratic Politics...

This House Regrets the Rise of Social Media as A Primary...

This House Believes That Voters Should Pass A Political General Knowledge...

This House Believes That Feminist Movement Should Encourage Women Not to...