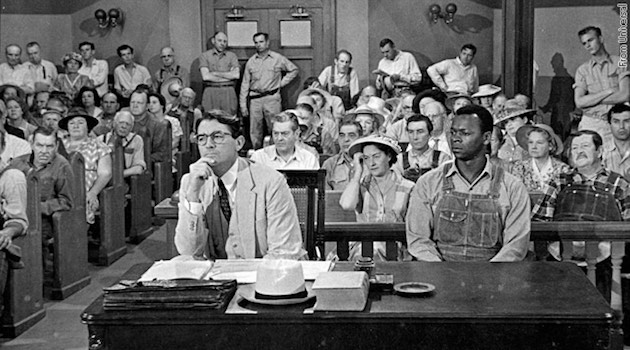 This motion is fairly straightforward and leaves little to no room for multi-interpretation. “Automatic Discount(s) in Criminal Sentencing”, however, is vaguely worded and it is the sole burden of the Affirmative Team to clear out any ambiguity.

A strategically sound interpretation of automatic discount(s) for this debate would be a model in which racial minorities, upon pleading guilty at the court, automatically gets convicted with the least amount of fine and/or the minimum period of prison sentence/community service/home arrest (from the range of punishment(s) possible).

Potential elaborations for this argument include examples of cases where and when this sort of discriminations happen and what form they usually take, extra analysis of the psychological, economical, and social impact of these discriminations, and the potential (and recurring) crime perpetuated by those impacts. The manifestations of those crimes thus become Team Affirmative’s proof to link back with the reason why a model in which no-trial for racial minorities is needed: in order to “apologize” for the recurring discrimination happening to them.

There is the tendency for jurors to racially profile and discriminate. Jurors are humans too, and it is an undeniable fact that there is an inherent racism, no matter how small it is, on human beings. Even birds of the same feathers flock together.

This argument can prove to be a little bit tricky to explain as it would leave Team Affirmative very vulnerable to rebuttals in the form of fact checks and unsatisfied burden of proofs, and such, it is imperative that each and every component of elaboration in this argument be explained thoroughly. Missing even one is fatal.

First things first, the explanation and characterization of court trials and juror composition. The current status quo actually has a very healthy and unbiased method of conjuring them, leaving no chance for “unfairness” within the court system, so to speak. Team Affirmative still could, though, claim that courts and trials and jurors have the tendencies to discriminate and be unfair towards racial minorities, but should quickly concede when there is a fact check that says otherwise.

The second layer of defense, in this argument (after conceding the fact that courts and trials and juror compositions are actually fair enough), is by addressing the inherent (subtle) discrimination. This manifests in the atmosphere of the court, and within the subconscious of the jurors. Burden of proof is much easier on this layer as Team Affirmative can more easily debate about jurors psychology and disregarding the fact whatever race/ethnicity they may be. Still, though, Team Affirmative should be prepared to go to: (although, this time, they don’t have to automatically concede)

The third layer of defense, when Team Negative challenges that piece of fact (jurors tendency to discriminate and trial atmosphere) by stating that jurors are professionally selected and have to go through a rigid selection process. Team Affirmative should start denying premises and point out flaws in the selection and appointment process of jurors.

Play around by going back and forth between the second layer (psychology of jurors and court atmosphere) and the third (flaws within the jurors appointment/selection).

Racial minorities lack the capacity to process law and order and the capability to survive a proper court proceedings.

This argument could be a sub-argument for Argument 1, but it can also be a standalone assertion by itself.

The characterization of racial minorities being deprived of intangible sustenance, assuming this has been properly explained in the debate beforehand, leads them to lack in education, social stereotypes, and political awareness. The harms of one lacking in those 3 aspects are actually quite severe and could land you in jail. A person lacking in education, for example, might not know that it is a crime plucking off an apple from a tree (the branch on which the apple hangs happens to be on the pavement, but the tree is planted inside the gates of the house). Just a simple example. Social stereotypes of calling names might be considered as joking on some communities, but be in the wrong community and one gets slapped with a lawsuit for slander and/or sexual harassment.

Proper court proceedings is another thing for racial minorities. Under the current status quo, the complicated process has proven to be quite the hassle for the suspects, attorneys, lawyers, and jurors alike. For one, this becomes motivation for them to “end things quickly” by just sentencing guilty and deciding on which harsh punishment they see fit. Attorneys have a target of suspects they have to successfully convict. Lawyers for racial minorities, usually are government-appointed since those racial minorities lack the money to pay for their own lawyer. This prompts the lawyers to not fully commit to their job when defending their client. Among other things.

On another hand, assuming that Team Affirmative went by the model aforementioned above, this is going to serve as another form of discrimination, this time, to the racial minorities themselves. Although it is not a form of compulsion, it is coercive from the government to tempt the racial minorities to “just accept” the guilty verdict and plead guilty. What this means is that there is going to be a whole other stamp of criminals/convicts on the faces and skin colors of all racial minorities. The harm manifests in the form of perpetuate and propagating the idea of being of racial minorities will automatically make you a criminal. The model perfected that notion.

Explore more on the idea behind this discrimination and how social perspectives are shaped after this bill is passed (assuming so), and this argument is set and ready.

Pretty much self-explanatory. One of the reasons Team Affirmative might propose this motion is because they have a complaint over and on the flaws of the court systems. Identify their complaints and explain why it is not too much of a problem, or, even if it is, it is not of a large enough magnitude and scale to call for a discriminative affirmative action.

Pretty much self-explanatory (again). Another reason Team Affirmative might propose this motion is because they feel that the tendency to commit crime is larger on racial minorities (and what other more obvious reason to that, other than them racial minorities being massively discriminated in the first place?). Identify their complaints and prove otherwise on how affirmative actions have taken place in lots of other different sectors (not only law), on how lesser forms of active discriminations have been experienced and taken place in the past few years. Next layer of defense, as usual; even if it is the case, explain why the case is not of a large enough magnitude and scale to call for a discriminative affirmative action.

Process-Goal mismatch. Now assuming that Team Affirmative has a goal of having equality in terms of law and order for all citizens, majorities and minorities alike. Perform a time frame challenge. The process Team Affirmative proposed is not going to achieve its intended goal, seeing as how in the long run, there has to be a point of equilibrium where finally the amount of citizens have assimilated and acculturated enough, creating no such things as majority and minority. On the process of reaching there, when the lines between a majority and a minority gets blurred, this piece of law becomes obsolete, but at best! At worst, that point of equilibrium is hindered. Seeing as assimilation and acculturation is mitigated by this law. Or on another hand, assume that in the long run the existence of majorities and minorities stay there. At what point of time does the removal of this motion improves the equality in terms of law treatment? For one thing, this motion definitely needs to get removed in order to achieve that said equality. But the problem is, there won’t come such an ideal time where you can safely remove it. Short term, definitely not, because, like Team Affirmative would say it, “the discrimination is still there”. Long term, perhaps, but not likely, because the ideal condition where you can freely remove it, no matter how peaceful the atmosphere might be, will create a backlash because it means stripping the minorities of their rights. Because remember, once you have granted them an affirmative action, as the course of time goes, it no longer becomes a privilege but an entitlement.