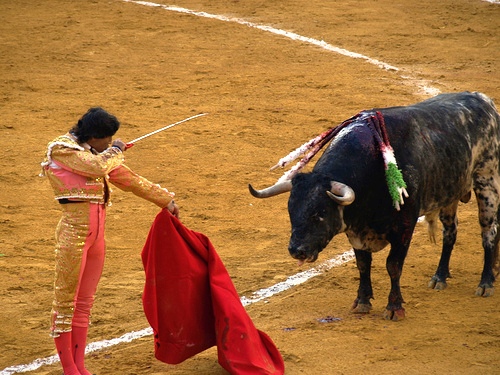 And.. that should settle the geographical context of this debate.

Expect clashes to circulate around the degree of rights animals possess (no, they are not absolute, they are arbitrary – and that arbitrariness is still debatable even until as of present), then to the span of control governments have, then to the degree of justification humans have over controlling the fate of other species – ALL other species. Sub-points for this debate would include biological, zoological, botanical, morphological, and anatomical arguments. Those are the arguments that would drive the motion debated into specifically a scientific issue. A rhetorical question, for example: “Do animals perceive pain the same way as humans do?”

The checklist, as usual

Spend more time than usual discussing and determining your own components for point (1) as, like has been stated before, this is going to be tricky. The urgency.

No, animals don’t have rights to live, as humans do. No, they don’t have their rights to political involvement, participation, nor representation, either; unlike humans. But, it is inherently unethical for humans to inflict prolonged suffering to an animal when their death could be done quickly and instantly. A parallel example, your supporting explanations, would be the ethical parameters applied in all death-sentence apparatuses. Instant death, as painless as possible, that was in the around 1920s. Go Google it.

There are also other forms of rights manifesting on animals in their lesser forms compared to their human counterparts. You could also insist that animals have the same rights parallel and contingent to those of humans, but that would make your burden of proof ridiculously heavy. And, plus, you would sound like PETA. Personally, we dislike them. Other lesser forms of these rights would include freedom of movement – if it happens that humans just only have this certain width of space in order to feel free in their lives and not feeling constrained whatsoever in terms of place, then why not give the animals their allocated space for moving freely? It’s not like as if humans need to invade every inch of the jungle there is in this world.

Look at how some inherent human rights are removed even from normal human beings. Criminals don’t retain their access to politics in any form. Their freedom of movement and expression is restricted to only that within the prison. We restrain mentally disabled people from running rampant across the city. Let’s just suppose that these mentally handicapped people happen to possess the body resembling a giraffe, or a horse, instead that of a human. By this point, would the distinction between human-animal still be applicable? That is the philosophy behind the arbitrariness of this supposedly inherent basic human rights and their animal rights counterparts. You should explore other possibilities that can exploit and expose the threshold to subjectivity so that it becomes even more debatable. Fortification of explanations like that for this Team Affirmative Argument 2 will make defending Team Affirmative Argument 1 all the more easier when you decide to go back and capitalize your elaborations investment there.

As always, for all proposal motions. This is a course of action the government is going to pursue that undeniably will trample over some insisting freedom of expression of its citizens. You don’t mind if we copy-paste from another post entry of ours, yet again, for this time, do you? It’s going to be, has always been, and will always be the same thing anyways.

Social contract has always been the weapon of all debaters. Run that. Expect to have experienced debaters on Team Negative that will challenge your social contract with their body autonomy. By this point, expect to have clashes regarding issues of “(+) the government was elected by the people, and in the process of doing so the people surrender some of their rights” “(-) the rights surrendered by the people do not include their freedom to play sports” “(+) we do this because you stupid and government clever” “(-) government no clever, and even if, stupid still can carry their free will because reasons”.

A little bit of info over here, there is the difference in the priority order of your arguments. For negative teams debating issues like this, it is often a good idea if you just immediately concede whatever the grounds and basic proposals your Team Affirmative has to bring. It is THEIR JOB to prove that there exists this arbitrary animal rights, but you DON’T have to respond, at least with the appropriate amount of investment on your rebuttals. This is a matter of conceding and then challenging the magnitude of whatever stance they have with your own stance. Team Affirmative, we hope that you are still reading until this part. We are expecting a clash in the form of Team Affirmative saying that animal has rights, and then Team Negative conceding that, yes, animal has rights, but this is not about animals having right or not – this is about matadors having their own rights to retain their jobs and making a proper living. Starting to feel like “This House Would Ban Smoking in Public Places”, huh? Where negative teams do not bother to respond to whatever “smoking is harmful” arguments affirmative teams might bring?

Anyway, about body autonomy over social contract.. well… yeah. Nothing new. Your standard good old clash of an issue.

Basically the debate about threshold at this point will be how far or how near Team Affirmative and Team Negative manages to convince the adjudicators to draw the line and boundaries of human rights-animal rights. Team Negative can extend this point, though, by analyzing the harms that might arise if animal rights are set too near to human rights. Imagine the pandemonium in philosophy and ethics the moment the boundaries disappear. One of the extreme examples, to give you an idea: a plunge in the rights of a criminal and a jump in the rights of a lion would translate into feeding the criminal to the lion’s stomach.

Debate rules. In ALL motions. It is the burden of Team Affirmative to take and assume the position of going to carry out the motion as soon as possible. Team Negative, on the other hand, has the leeway of choosing whether not to carry the motion out at all, or choosing the stance of
“waiting” first, for some things, before the motion can be applied smoothly.

This motion is one of those cases. For a preceding example, consider the motion of “This House Would Introduce A Quota for Female Politicians in the Middle East Countries”. Team Affirmative debating that motion will take the stance of implementing the motion immediately, creating a shock effect, and then expecting the whole society and system to adapt, so that in the long run, there is no sexual discrimination in the governmental body. Team Negative, on the other hand, will take the stance of arguing that the status quo is progressing, and that sexual discrimination is being mitigated in all layers of education. It is that through this painful process, but continuous and perpetual, will improve the condition as time passes, and then females will eventually enter politics without any shock therapy being introduced.

Run that exact same argument on this point, with variations in how you might explain the progress in the status quo. Although animal rights might not receive that much exposure in all our education system, unlike sexual discrimination and feminism, at least ethical treatments for living beings is an integral part in moral education. Animal rights should belong somewhere over there.