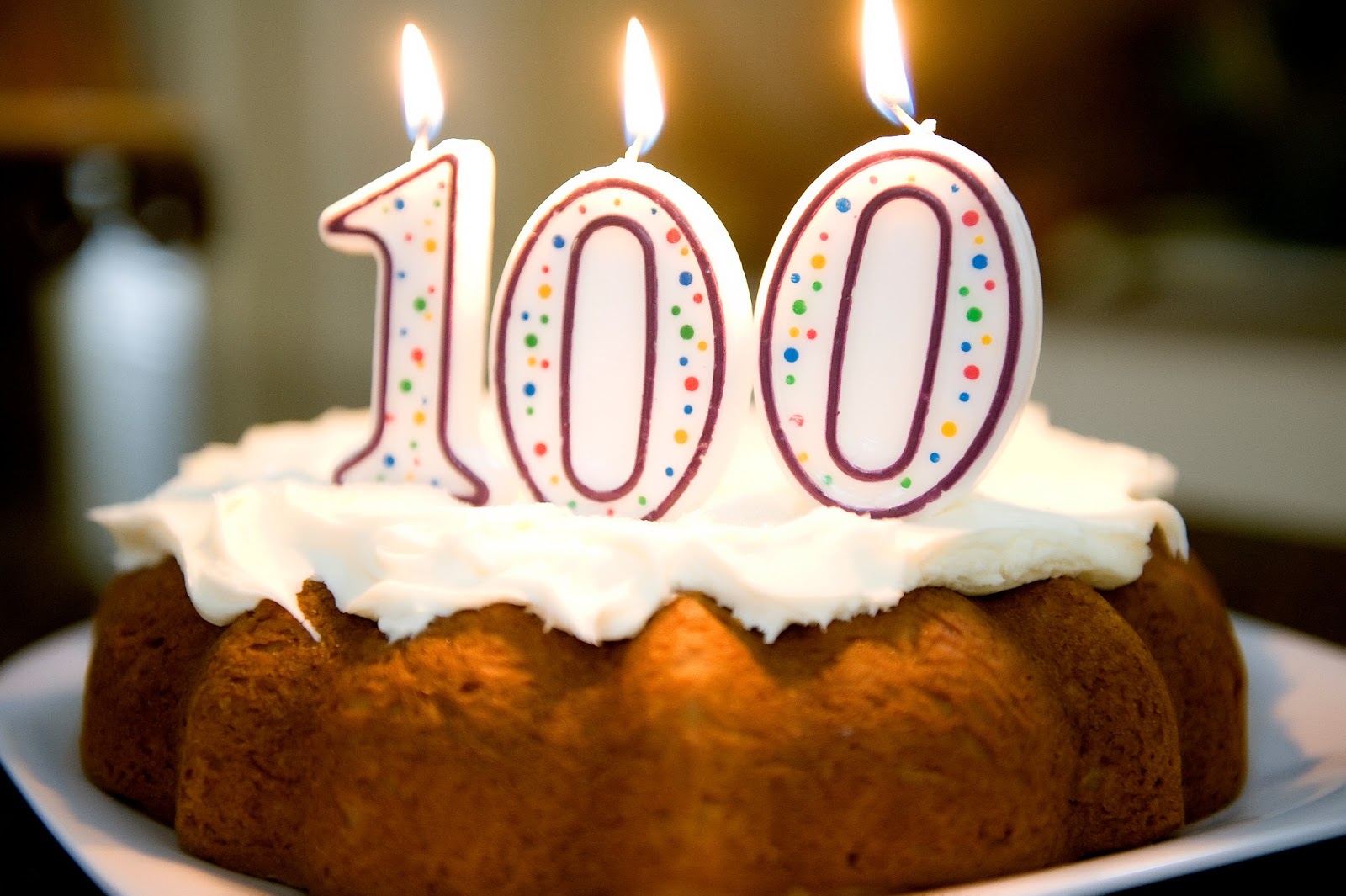 Another important thing to note, is that debaters should not fall into the trap of misinterpreting this motion into “THW kill anybody upon the celebration of his/her 100th birthday”. Don’t—just, please, don’t.

Argument 1: Because humans are not programmed to live that long anyway.

The mitochondria is the power source of the cell. Prior to the evolution of the cell (this would be way, way, back, beyond even the prehistoric era), the cell would not have any purpose of existing. It would happen to be the ingestion of mitochondria that gives the cell energy. Fast forward to how biology has developed into proper organs like our lungs or kidneys, or even organisms, like us, the components of our organs now consist of cells like that, cells which have purpose. Cells in our lungs now can absorb oxygen and transport the oxygen into blood vessels. Cells in our kidneys now can filter blood and transform them into urine.

However, there is a catch. Mitochondria operates by using oxygen. And by operating, it means, exerting energy. It burns oxygen (hence the term oxidation) in order to generate energy. And in the process of working, exerting energy by burning oxygen, part of the cell is burnt as well. This, is called the aging process of the cell. Cells are programmed to work, and they have a lifespan. They are not programmed to work forever. And, likewise, because humans are composed of cells, they are not destined to live forever either.

That.. concludes the scientific part of the explanation. So, anyway, what does it mean when humans live that long?

Those two extensions can be repackaged into two different arguments. And they are connected. The massive decrease of productivity (like, how do you expect a 105-year-old grandma to contribute to the society as much as, well, at least we’ll say, a 75-year-old lecturer?). In economic terms, this is called diseconomies of scale, an unfavorable situation where we lose more than we gain. It is not only in terms of the leak in national budget in the forms of welfare benefits, insurance expenses, and healthcare needed in order to maintain them to stay alive, but it also manifests in the form of opportunity cost; where we have a limited number of medics and we find them tending to the centenarians when they could be tending towards improving the health of a working-age 20-year-old male instead.

Argument 2: Because life should be about the quality within the limited timespan, not about the duration.

As cheesy as it may sound, it really is not about how long you live, but about how you live. Providing elaborations for cheesy arguments like these has always been a long-running issue among debaters. The challenge is to make this assertion sound educated and insightful instead of rhetorical and ironic. Try explaining about the inherent human nature of relying on (or being afraid of) the future. The fact that humans have fear of what the afterlife has for them might be compelling them to prolong their life. Now, the key explanation to this assertion is here. There are lots of actions in order to prolong lifespan, which are different from actions undertaken in order to improve current life condition. Some of the examples are restricting diet and respiration (remember about the energy and oxidation mentioned in Argument 1?) – those cases of having these people not breathing normally and eating less than normal actually hampers their present productivity.

Argument 3: Because we would like to remove this unnecessary motivation (or, worse, jealousy).

The fact that we have people aged beyond 100 years serves as motivation to some people, and source of envy and angst for others. Talking about motivation, most of the explanation for this part would likely have already been contained if Team Affirmative decides to run Argument 2. So just casually mention this a little bit, then move on. For the jealousy part, this makes things more interesting. As if social gap is not enough, having the poor jealous over the rich, now we have another form of social gap inserted within the rich: the healthy and the sick. To make matters worse, lifespan is not actually necessarily tied to lifestyle of being healthy and sick. Correlations have been broken when we have statistical anomalies like smokers and drunks aging 90 years and older. The worst part of jealousy, anyway, is genetics. Yes, genetics unfortunately have quite a prominent role over dictating human lifespan. And jealousy over genetics has its proper term: racism.

Remember the warning in the beginning of this post? Don’t – ever – like, really, ever – deliver an argument with the tone of / containing “humans have a right to live”. That would mean that Team Negative has fallen into the trap of misinterpreting the motion into “THW kill anybody upon the celebration of his/her 100th birthday”. Remember that this is a value judgment motion, not a proposal motion.

Argument 1: Because we humans do not have the right to determine which is the proper way of living.

Pay attention to the lexical of the assertion. Do not ever imply that the government is going to kill past-centenarians and that you are going to defend their human rights. The value judgment theme of this motion means that the government only thinks that there shouldn’t be any post-centenarians and that they regret the living existence of those people. Likewise, the response should be in accordance: “who are we to judge people?”

There have been lots of ways humanity has decided to run its course on what is preferable and what is not preferable. And more often than not have that proven to be immoral, even at best. At worst, all of them have been proven wrong. Just how many examples have we encountered where single fathers with lots of tattoos and long hairs proved to be better at parenting than a pair of perfectly happy father and mother who just happened to be extremely recluse thanks to their superficial belief and devotion to their religion? Belonging to a cult?

Argument 2: Because that number should be arbitrary in the first place.

This goes both ways, really. Team Affirmative could run an argument saying “We truly believe that the threshold is 100 years, and that’s why we can connect with this motion. Let’s suppose that the motion reads ‘should not exceed 500 years’ instead, I’m pretty sure that Team Negative would be screaming ‘unfair motion’ and agree with us when we say that 500 years is too long”.

Likewise, Team Negative could also run that number to the other end, by having an argument of “We truly believe that the threshold should be 150 years, because as of the past millennium we haven’t encountered a single person who managed to reach that far – the highest recorded even on Guinness is only 127”.

The point, is, there are two different possible stances for Team Negative to take – would you rather believe that humans should have the possibility to live immortally? Or would you challenge the number of 100 and introduce a new threshold?

Now, assuming that Team Negative decides to draw the line really far and believe that humans should possibly be immortal, better run the next Argument 3

Some notes: We can’t deny the fact that sometimes Team Negative would consist of jokers who decide to troll the debate and say that “we do not agree to the statement of that human lifespan should not exceed 100 years, because we genuinely believe that it should not exceed 75 years instead”. Supposing this happens indeed, we recommend that Team Affirmative treat Team Negative seriously, play along with their troll case, and flip stances. Just casually mention, and only mention, that Team Negative is trolling.

Argument 3: Because it would mean disrespecting the progress science and medicine has taken years to research and develop.

As of the past 70 years, World War II, the establishment of UN, and the subsidiary WHO and FAO (might as well as include some FDAs) science has transitioned from trying to improve humanity in the present time frame to the future time frame. What this means, is that previously, during wars, science might be interested in improving combat abilities of soldiers as well as health of civilians. They might seek to improve strength and agility for the army, and increasing stamina and immunity for commoners. But now, ever since wars do not occur as often as before, the existence of ingenious minds like Bill Gates and Stephen Hawking compels a certain aspect of science in order to prolong life expectancy. This development actually faced success when the life expectancy of an average of 70 years in the 70s-80s increased to an average of 85 years this millennium. (Of course, developed countries. Developing countries wouldn’t count and should be discarded in this argument).

That, is what this motion has for the past. What does this motion have for the future? A massive disrespect and removal of hope of prolonging human lives, for the scientists. Now what is missing is the explanation of how important this area in medicinal science is, for scientists, healthcare personnel, governments, and even citizens.

DPM Princeton IV 2021 Final – THP a world where individuals treated everybody as though they carry equal moral weight, rather than a world...