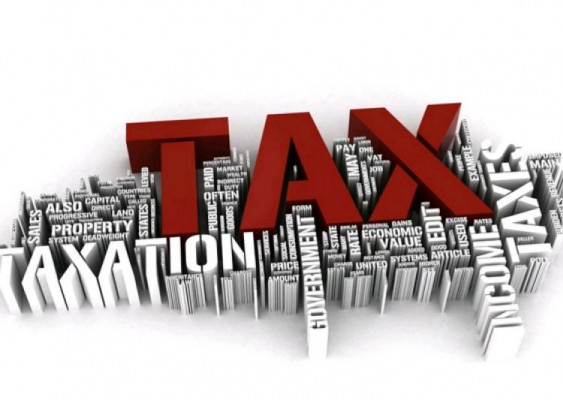 Erm. Okay. Well, this is a little bit confusing, I couldn’t figure out the proper definition for “further governmental services” even after an exhausting thirty minutes of Google search, and to top things off, I wasn’t able to contact Muhammad (this motion is as per his request) – apparently my account (MegaSableye) had some of its settings modified which made my communication privileges revoked. wuzzyluzy was busy, and dissent_me_plz was nowhere to be found. Yeah, well, fml.

Anyway, I came up with an interpretation of “This House Believes That Lowering Taxes is A Preferable Form of Governmental Service” – hopefully it’s valid and relevant.

Motion dissection. The main realm of this debate now becomes ‘governmental services’ – characterize them, analyze their essentials, what they serve as and who they serve for, the goal they have, etc. etc. There should be an agreement reached by both Team Affirmative and Team Negative regarding this point.

Next, here comes taxes – the clash should be heavily centered around this point. Expect an exact opposite in terms of the characterization of tax, and the degree of relevance tax has towards it being a form of ‘service’ from the government.

Third, pay attention to potential geographical biases. The tone and atmosphere carried by tax varies greatly from a first-world to a third-world country.

Now let’s talk about stances. Soft stances for both affirmative and negative teams will be a form of selective taxation – which is implementing lower tax only for low-to-middle income citizens and the high-wealth still gets taxed the same. However, bear in mind that this soft stance will require to explain further the distinction as to why the different treatment towards low-and-middle and high-wealth citizens is a valid, preferable form of governmental service.

In any case, go for the hardest stance.

You might want to start by establishing a good precedence in favor of all your upcoming arguments about what constitutes a good and a bad governmental service. This comparison is essential, as it will help adjudicators to know where they, according to you, would want to categorize which kind of action belongs to which type of service, the good one or the bad one.

And treats are good. Go Google tax holidays and tax discounts. In a functional government where all social services and public utility is well and accounted for, generally a government has done its job, right? So there is nothing else to do, right? Imagine such an utopian world where all roads are well paved, free education and healthcare is available, and there is pretty much zero crime. But, then again, make this condition go on and on for a couple more years, and what the country will experience is stagnation, and boredom. From everything being so well, but being so monotonous that there is pretty much no variation in life. In terms of governance, it is inherent in the human nature to always seek improvement (Maslow’s theory of needs). That hierarchy also applies to governments as well. When the governments function so well that they don’t have any other idea how to “help” their citizens more (based and because of social contracts), the next step is to “treat” citizens by lowering taxes.

Treats are good. Why are treats good? In business meetings, or even in interpersonal relationships, hack, even in conservative culture where it’s always the boyfriend paying for the date expenses, those treats establish a liability for the other party, in terms of debt. They might not realize it, but inadvertently, these treats piling up means that they will eventually lose in bargaining power, due to past actions. Why would a government do this? Because governments want citizens to feel indebted towards their own home country. The more they feel indebted, the more likely they are to contribute back.

Growth is not the sole responsibility of public sector alone. It may be the sole responsibility of public sector alone, but, hey, when there are private sectors willing to help, why would we want to stop them? The thing is, in most activities performed by these private sectors, there is a certain aspect that improves the country. The three core activities of economics; production, distribution, and consumption, improves the condition of the country a stage better than before. There are all kinds of value added to things that are involved in those three processes. Governments naturally tax these three processes, proportionately, in order to even out the battlefield between the poor and the rich (trying to minimize social gap), but in essence, as long as the decrease of the tax remains constant, constantly proportionate, then it would serve as an incentive for people to produce more, distribute more, and consume more. Picture it as a good activity, instead of sleeping. At least, when one is watching or snacking, that one person is improving the economy and the condition of the country by increasing the benefits (and, eventually, contribution) of the TV channel company and the snack producer. It’s better than just sleeping, apparently. ANY kind of activity that involves either producing, distributing, or consuming, government wants them big, and government wants them frequent.

The aspect of take-and-give in a transaction does not only mean that government has to provide a reasonable service after collecting the same reasonable amount of tax from its citizens. It goes both ways: reasonable service, AND reasonable amount of tax at the same time. The fact is that it is unfair for a government to provide EXTREMELY DAM GOOD public services whilst at the same time strangling all its citizens for incomprehensible amount of tax – why? Because some people are just not going to be able to pay for it. Period. It is even more inhumane to claim that this is a form of “natural selection” – “hey our country is a paradise, man – all social services and public utility is of perfect condition, because we paid lots for it; and, man, the poor can’t pay for these sheets so they don’t deserve to live” – think of this as a scene directly from the movie The Purge.

There is a substantial difference between decreasing the price of something and increasing its quality/utility. Picture the relationship of citizens and the government as not a form of social contract, but rather as a customer – vendor economic type of relationship. Customers “buy” social services in the form of public utility, healthcare, education, military safety and such, whilst governments “collect payment” in the form of taxes and sell those things to them. Now, when talking about perspectives in this way, an economic way, a common conception for people is to perceive a discount as something bad – nearing expiry date, or a dead stock needing to get out of the warehouse ASAP, those kinds of things. A good example is how people are skeptical against buying a 1$ hamburger – one can’t help but think, how the hail is the hamburger vendor going to yield any profit from selling it at such a low price? Something fishy is definitely going here, and that hamburger is certainly not made of fish.

Ultimately compromising the quality of the public service provided by the government. Picture a trend of the current government trying to seek ways into helping its citizens. The government decided and concluded then that all sectors are fully functional and beneficial, so seeks to lower taxes, in order to please its citizens even more than the current status quo. This phenomenon persists, and subsequent government seeks ways on to how to lower taxes even further. This is not the main problem, actually, seeing as it is the INCUMBENT government which does so. The problem comes when the due date for this current incumbent government to step down, and two different opposing parties getting ready to step up to the government are now fighting in order to garner public sympathy. How are they going to include campaign promises in their agenda? Of course one of them will be “improving” the previous government’s course of action, in this case, EVEN LOWER TAXES. At one point, perception towards this thing is going to sway away and distract focus from improving the quality, and focuses on reducing price of services instead. Sheet hits the fan when these parties, on their quest of fulfilling their promises and lowers taxes, starts compromising and decreasing quality of public utility. Compromising this is bad, because what makes a country improve is not low tax, but rather, a healthy condition of public services. This public service is what promotes balance and equality to bridge social gap. The way you can expand and extend this argument further is by analyzing two aspects to this: the harms of low quality public service, and then the benefits of high quality public service. But more of this value judgment later, on Team Negative Argument 3.

Sum up things like this: it is far better to have a country with functional public service but alongside with high taxes, rather than having a country with low taxes but all governmental services are sheety. As a fact check, consider the notion that Germany and Denmark are considered as a first-world country, whilst no one would prefer to live in third-world country India. Low quality public service, even if cheap, is harmful in the notion that it doesn’t protect the core value of its citizens. No sustenance provided. It is inhumane because protection is the main idea behind the social contract of government-citizen. Not only protection in terms of military service and police safety provision against crime, but also protection against sickness, against death, and against abuse. That’s why healthcare and education belong to the protection duty from the government. A government who fails to provide these, even though they charge low, is an immoral government.

“Dear Muhammad, if by any chance you are reading this, please clarify the wording of the motion. If not for you, at least for all of us here, will you?”

The Lack of Welfare Protection for Palm Oil Industry Labors

6 Cases that Say “Yes, the government will listen”

The Case Building Trick That Got Me From Scoring 73s to...