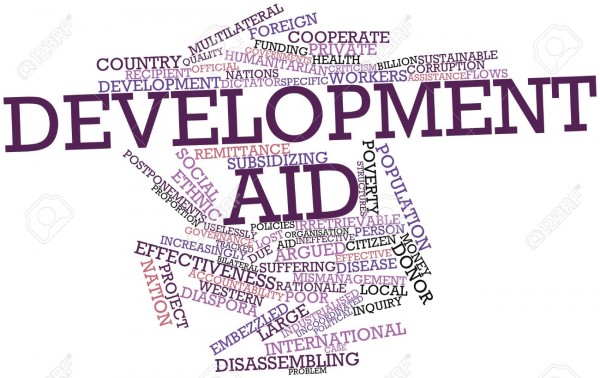 The wording of the motion does not explicitly call for a mechanism/goal or any complex and specific setup whatsoever from Team Affirmative. However, there are several important things to focus on this motion.

We get it that the military sector is generally an undesirable channel to invest DEVELOPMENTAL aid on. Team Affirmative should expect that a good Team Negative will auto-concede that argument (it’s still a debatable ground, though – just not very favorable). But the question relies upon the word “conditional” – so apparently an aid is not just an aid, it is an investment (notice the difference in vocabulary). Okay let’s just say that it is justifiable to call a- erm.. “qualified aid” as still an “aid”. Who are we to decide that it is still justifiable? Who are we to label something as an aid or an investment, and what gave us the right to determine something as the prerequisite and requirements for something else? Notice the demand for a proper characterization here.

Pay attention to the tone of the delivery as well. Is this.. erm… “kindness”, so to speak, a delivery (one-way) or a transaction (two-way)? Rights, jurisdictions, and justifications will differ SO MUCH depending on how you characterize a developmental aid grant as.

Alright, that covers the ground and the important aspect(s), guys. Moving on.

Significantly reduce the military budget means that the state is expected to cut their military budget  for at least 75% from the current budget until the national development improves.

In the status quo many countries that receives the development aid, used it improperly. The aids are often used not for fulfilling the basic and fundamental need of society, such as healthcare facilities, food supply, general infrastructure, etc.

This is a problematic and miserable condition for society living in those particular countries. The people residing in developing countries such as Afghanistan, Mozambique, etc., live in poor conditions (starvation, unemployement, hygiene issues). The main cause is contributed by having no access toward good human resources, which is produced through good education or facility. Not to mention, how the nation usually has debts and tend to misuse the debt money. However, the biggest contributive factor toward the poor society condition is due to the tendency of government misusing the money, dismissing the demand for society’s better quality of life. The budget allocation is mostly distributed to improve the military sector. For instance, both Afghanistan and Vietnam used about 25% of their government spending, which has been included with the development aid from DAC or IMF, just to strengthen their military power.

Why the problem will be solved

First of all, the development aid given by the international organization come in the form of liquid money, which can be used however and whenever they want to. Liquid money would be useful when it is addressed for investing in the improvement of social welfare, such as education access. If only, the budget is not allocated for the military, but education sector, the state would have produced skillful teachers with good facilities to support studying in school, which is an investment to have a better human resources. In the long term, the educated human resources would be able to contribute and develop their country. Meanwhile, in the short term period, the liquid money could be spent to manage the natural resources into industries, which later generates income/revenue.

We have to acknowledge that most countries have security problems, like the external threat, such as terrorism, or internal security issue, such as separatist movements. Such security issues are not urgent enough to have the development aid used. In fact, the international community is there to assist the state, starting from the United Nations Security Council to INTERPOL. Moreover, to not use the development aid on military sector does not mean to have no military power at all. A perfect military power is not expected, since the international organization is there watching over the world with their capacity to solve conflict with their own military resources. An evidence would be the United Nations Mission in South Sudan, where the internal conflict managed to be resolved. Therefore, it is safe to assume that military power is not somewhat important, particularly when the global Human Rights activist is prepared to take action when the time has come.

Some development aids are not to be given freely. Some of them serve as a a debt, just like the Greece crisis case. Having the international organization to intervene with the recipient country’s government expenditure is totally justified. It is necessary so that the recipient country would later be able to return the development aid. The given aid is important to be returned immediately once it has fulfilled its purpose, for it can be used in another urgency, like giving a humanitarian support in a conflict area. Furthermore, the international organization’s money is supposed to accommodate many countries in need, which is part of their responsibility. A perfect evidence of the motion would be on the Greece development aid in 2014, which is only given when they agreed to reduce their exports. Such demand is justified for it is within the authority of the international organization.

It is true that the INTERPOL or UN and its troops exist. However, they are just simply not enough no cater all of the security problems in many countries. In addition, the UN’s purpose is not to interfere with the ongoing internal/external conflict. The UN is supposed to be neutral and focus on preserving the existing peace, instead of worsening the status quo by supporting certain faction. It is not okay to totally rely on the international organizations to take care of the national security.

To keep the status quo where there is no such condition in accepting the development aid, for without the requirement those countries will take care of their own development either in the economic or security aspect as good as possible

Every independent country has their own sovereignty in monitoring the state development. Those countries know what they need and what they have to do to achieve that need. This sovereignty is also well acknowledged by the international organizations.

Living in the realm of globalization, the existence of media, supported by the internet, has made information to spread rapidly. The moment when a certain stigma is placed upon a country’s decision taking ability, it will affect the country’s reputation along with its bargaining power. The international organizations come not as a single entity, but many. A still-developing country need to boost their growth with the assistance of either aids, debts or investors, which are only obtainable through the international relationship path. When a certain stigma of incapability is placed upon the international community, it would definitely jeopardize the progress of the state’s development. The issues on the poor society condition would not get altered at all, for the recipient state is about to get isolated due to its bad decision taking ability.

Moreover, the recipient state itself knows their best interest, which motivates them in taking certain action, while on the other hand, the international community does not. It is the state that hears the complain from its people. It is the state that consisted of the representatives of its people. By one-sidedly demand the state to cut certain budgets off, the international organization do not serve to help, but to manipulate.