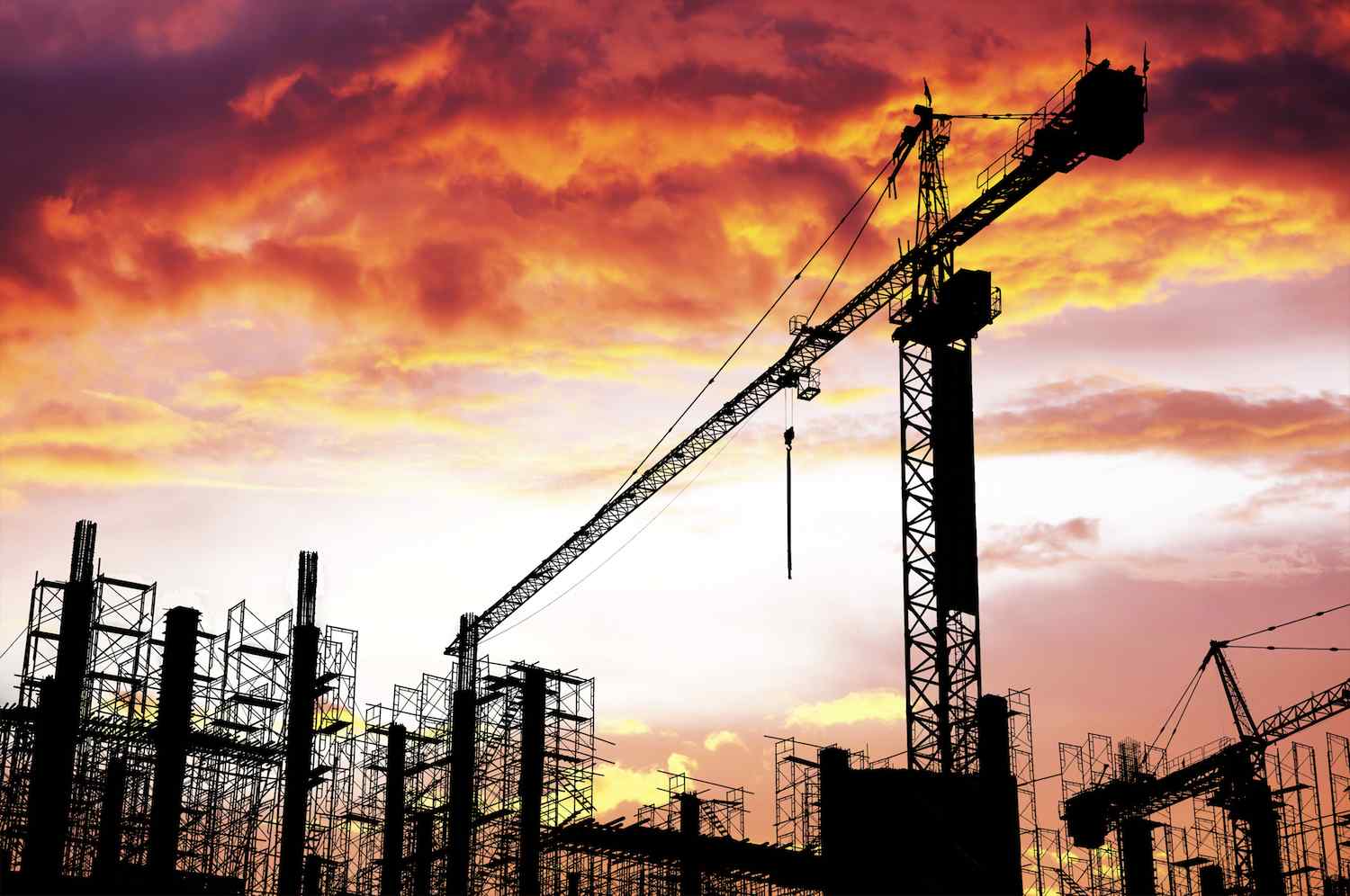 The stipulations are clear, the geographical bias and context is explicitly worded, so this is pretty much a straightforward motion. The goal of this motion is to have a discourse that aims to seek the best way to improve a country (of course, you don’t say). That being said, of course both Team Affirmative and Team Negative will want to say that their proposal brings the best outcome for the interests of a country. But “best for a country” is ambiguous and opens up lots of multi-interpretation. Our prediction, however, should it serve us right, is that “best economies of scale in a country” would be the end goal. So here is a fair warning, that even if you want to defend, like, your proposal (whichever it may be) will improve education, you still have an extra link to connect, on how your education improvement will contribute to the betterment of a country’s economy. This is an economics motion, it would only make sense if the link back goes to that sector as well.

The whole idea in which Team Affirmative relies this premise upon is that as more and more buildings and roads are being developed, those projects open up chances for corruption and compromises in terms of their quality. A system of proper assessment and audit needs to be established beforehand, and only then afterwards can a country carry on doing its things. What would happen otherwise, is that either (a) the project will be dragged on for too long, create a far too heavy opportunity cost, which could be prevented if the first few years were invested on soft infrastructure first and then only start development of hard infrastructure a little bit later or (b) the project finishes on time, but maintenance becomes so expensive that in the long run, it is far more efficient if a country had spent money on preparing grounds in an audit system first. That will make the initial cost of development higher, but the perpetual cost lower. As always, do the basic philosophy checklist and make sure that you have satisfied all your burdens of proof:

What has been the phenomenon of slavery? Buy low, sell high. Buy raw materials, sell finished goods. The cruelty and sadistic beliefs of mercantilism. Curb our supply. Inject theirs. Have little to no demand. Make their supply surge as greatly as possible. Keep them in the dark. Keep them stupid, uninformed, and unmotivated.And if by now it’s still not obvious yet, who are the people who will likely be doing the work of developing hard infrastructure? The unskilled labor, who rely on brute force. Building workers, truck drivers, and such. And it so happens that the more a country prioritizes more on hard infrastructure, the more a country demands for the existence of this low-salary relying-on-power human capitals. And the more demand comes, the more incentives for them to start supplying more. Whilst on the other hand, it is soft infrastructure in the forms of education that is essential for them in order to increase their life quality and hopes of escaping the devil circle. On a separate note, it is only ethical for 3D jobs to be undertaken by AI and robots instead. Not humans. And on yet another separate note, when this supply starts to demand worker compensation, fringe benefits, and insurance and so forth, then contractors and dealers will just turn to yet ANOTHER third-world country with less strict labor standards and start outsourcing. Sigh capitalism.

And, by the way, you can build extra buildings anytime.Consider a case of how you would rate China and Germany as a country. In Germany, buildings are rather small, population growth is inhibited, and education strives. Jobs were catered to and industries are tailored so that they are high-technology in nature instead of mass-production utilizing tons of skill labor. China on the other hand, prior to their democratization, likely, experienced extreme growth in population (thus compelling them to implement the one-child policy), and then lots of plantations being built, FDIs all around the place, rural areas facing massive agricultural injection as stimuli, suburban facing massive industrial section investment, urban areas seeing lots of modernization in terms of their high-end rise buildings (Shanghai, Beijing). Although their results as of this debate regarding their progress as a country are of debatable nature, one couldn’t deny the fact that China had, is currently having, and will continue to have, for a long time, a very great time in dealing with their environmental issues. Pollution of the Hwang River, massive carbon concentration in their atmosphere around near Tibet. Remember that this has to be linked back to economics, though. You should find flaws or other theories that will support your statement that the scenario of reaching an ideal condition of a country can only be accomplished if pollution levels are not as ridiculous as China’s right now. Then, assert that the speed in achieving that condition is so much better and faster if the pollution are curbed in the first place (by having soft infrastructure that contains educations; educations that support the existence of research and development towards eco-friendly manufacturing) – instead of an idealism “Fork education, we build everything first. Think about mitigating our side-effects afterwards. Education, you can come next” that will seriously decelerate the intended speed in achieving that ideal condition of a country.

Try drawing the case of Team Affirmative to its extreme end: No roads being built, no asphalt, no railroad, no buildings, no bridges, etc. – but, its people are all crazy educated, crazy clever, the politics are clean, law system transparent and objective. Identifying the harms of this scenario should be easy.

For one, the absence of hard infrastructure would mean the absence of job opportunities as well. Then, what happens when you have highly qualified and able individuals, is that their brain get drained by being employed by other countries. And then, for two, the inexistence of laboratories, observatories, greenhouses, etc. mean that there is a potential cost incurred by the country as otherwise experts in field studies could contribute. And then, for three, it doesn’t mean that this extreme end is achievable anyway: at some point of education, there is bound to be a time where things need to leave textbooks and start being applied – absence of hard infrastructure will hamper this. Well, there are plenty of others.

Now run this if you are planning on conceding then justifying the point “Hard infrastructure without soft infrastructure, especially audit systems, will leave countries vulnerable to corruption”. But, if you choose to rebut instead of conceding, then your argument should sound somehow like “The fact that these countries are still developing and that the resources available happen to be painfully limited already leaves potential corruptors with. Oh, and, by the way, when everybody is stupid, nobody can corrupt. You think you can do corruption without being clever?”

Anyway, you chose to concede. You agree that this form of development would leave countries vulnerable to corruption. Of course you cannot say that this will be beneficial for countries. But, you try to identify that the situation is not as exaggerated as is established by Team Affirmative.

The desire to corrupt happens when resources become made available. Without any resource being present in the first place, no sane human being would ever have the thought to start corrupting. It is impossible to think about corruption when all the tomatoes are still hanging on their branches and all the gold and oil still haven’t seen an inch of mine/refinery being built. At least, let the raw materials transform to work-in-progress first, no need to wait until they become finished goods, and then you may start worrying about auditing everything in order to tackle corruption. But, even then, does the existence of resources automatically means that soft infrastructure should get all the attention now? No! Because you happen to have a degree of tolerance towards the scale of corruption, and a meager amount that translates to $1000 in monetary value is negligible, far away from your tolerance threshold. That is the reason why you still choose to prioritize hard over soft. Developing them together, would seriously mitigate and could even prefer corruption from manifesting in the first place. Team Affirmative’s proposal, “heavily” prioritizing soft over hard, makes no sense.

Investment in soft infrastructure in the form of education usually results in focus of providing citizens (students) insight and knowledge in liberal arts. However, with status quo condition in developing countries having weak buildings and holey roads and shaky bridges, we can’t imagine the existence of psychologists/lawyers/accountants providing any substantial help to alleviate the current condition. Sure enough, investment in education will also generate engineers and architects in the process, but the amount of engineers and architects generated are minuscule and pales in comparison to the plethora of doctors/psychologists/lawyers/teachers created. Furthermore, there is no guarantee that the investment in education will yield the same results as the quality education that exists in first-world countries (remember that we are third-world countries – STILL DEVELOPING, countries). What could serve as an option, and what has been ongoing under the current status quo (might as well as also mention that, what Team Affirmative says is immoral of us Team Negative) is that usually the contractors and architects and engineers are imported from overseas, the first-world countries, where education is better. This certainly is, indeed, unfair to our own third-world country citizens because the salary is going to be higher for them, and it goes overseas, and the lower salaries circulates within our country, among our lesser, unskilled workers. But, there is a catch. This is a more efficient form of knowledge transfer. Supposing that the nature of choosing work exhausts their option of going to school, then this means that we can still ensure the supply of workforce. And this workforce will more likely absorb knowledge in engineering and/or architecture in the process of continuous exposure with their superior engineers/contractors/architects. This is more useful than having these people who would otherwise go to school and study things that would be rendered redundant the moment the country would like them to contribute to developing hard infrastructure. They stay as workers, they work, they get exposed to only knowledge pertaining engineering in nature of education. No insertion of religion, politics, biology, astronomy, accounting subjects etc. No tendency for them to be converted to (potentially useless) accountants and lawyers. They remain committed to developing our hard infrastructure, and hopefully we can finally utilize them in the end after knowledge is successfully and completely transferred. No need to outsource skilled workers anymore.