Firstly, the trend of teenagers having celebrity idol could be defined as how the current youngsters have a lifestyle that idolize certain celebrity, for example being a fans of a boyband or singer or another famous celebrity that existed.

Having celebrity idol in their life is not simply just liking someone with talent and fame, but includes the loving act of the entire attribute of the celebrity. This trend is significantly spreading among teenagers.

Secondly, we need to conceed what our expectation toward teenagers is. We could characterize by saying that teenagers are our future generation in which we consider themselves to have such an important role to make our country better. That is to say that the quality and the improvement of teenagers to blossom is really important to the begin with. So, expectation-wise, we want to have a golden future generation.

And lastly, in this debate we are basically expecting a harm vs benefit type of debate.

The most basic question would be why do we need to regret this trend? Well, for the very basic charactherization we could analyze on how teenagers are in a young age that they are still on their way to find their own identity, also that they are still looking for the purpose of their life.

Not only that, we also could say that the likelihood of teenagers to be easily influenced by the trend is high, due to the overwhelming trend in status quo, which is highly supported by the social media presence.

The fanatic behavior of teenagers on their celebrity idol

What do we mean by the being fanatic?

When the teenager as individual is really into the idol, not the way of appreciating the sense of arts produced, but to the extent of the loving all the characteristics of the idol including the good and the bad sides.

That’s to say how teenagers are eager to invest so much, in terms of material and emotional. For example, teenagers are willing to sacrifice many things to buy mechardise and fans stuff (e.g. posters, albums, etc.)

Such behavior leads to a consumptive lifestyle that teenagers are willing to buy many ‘unnecessary’ things to satisfy themselves to fulfill the expectation of a good fans. This trend triggers the teenagers to further idolize their celebrity, and their time will be much consumed by doing stalking and watching idol’s contents from various media platforms.

This behavior could harm their lifestyle, especially when it has become non-productive. That addiction is not contributive to their life growth. It would be much better if they spend their time to explore and develop themselves.

On the other hand, let’s talk about the emotional investment.

There’s nothing wrong with having a ‘one-sided’ emotional connection. However, it’s harmful if the attachment is too far that somehow encourage the teenagers to always justify or tolerate certain act of the idol, even if the idol did wrong.

For example, the hardcore fans of Seungri, will still advocate for him even when he did wrong, especially in his sexual harassment case. This is one example, not to mention that teenagers are also very likely to be inspired, or to imitate their idols’ act.

Harming the process of teenagers to find their own identity

The unique characteristic of teenagers is that how they are in the proccess of looking for their identity and personality. Sure, we need to admit that the celebrity has the ability to show off their talent with their good behavior.

But, why is it still problematic?

When they are looking for a role model, the celebrity definite could be one. However, the good traits possessed by the celebrity, doesn’t really include about the motives or process how they behave a certain way.

Teenagers would be very likely to imitate the good personality of their idol even if they aren’t comfortable with it. However, they would still do it just because they like their idol.

This is the point where we regret about the authenticity of personality of the teenagers. Celebrities could use many ways just to win the affection from their fans, and when such good impression finally fades off, it will make the teenagers feeling betrayed. That’s the moment the teenagers losing their own personality, and get confused more.

The source of happiness the teenagers

We think it is normal to have role models, for having a celebrity  idol is the right of any individuals to begin with. The reason why they love the celebrity is not because they only like the idol as the entertainer, but they also like the celebrity as an individual.

The teenagers fans could feel connected and related with the life of the idol, or even on how they think that the celebrity idol as a public figure would definitely maintain their image and impression, and use it as a platfrom to send positive or inspirational message to society.

For example, the celebrities could show their experience in their pursuit to be a famous celebrity. They are expected to behave accordingly in front of public, to maintain their reputation. Thus, they can be acknowledged as an important role model.

On the other side, even if the celeb has become a bad role model, it’s still fine because that’s the proccess every teenagers should experience. Because learning does not only come from positive things, but also from negative things.

The existence of idol also could be the source of motivation to the teenager to do something better or achieve their goal. Because everthing about the idol could serve as a triggering factor for teenagers to start doing something meaningful in their life.

For example parents could reward idol’s merchandise when their children have good score in their class.

Government could utilize this trend to send positive message

Thanks to the trend that can be utilized, government could use them as a platform to deliver message via campaign. It will work, especially if the campaign is targeted on the teenagers, since they are approachable from the idol, rather than by any other actors.

There is to say that government could collaborate with the celebrity to raise certain awareness, or even to educate the public. The example would be the collaboration between UNICEF and BTS on the #EndViolence campaign.

Author is a member of an adjudication core of Medan British Parliamentary Debate Open 2019, held in University of Muslim Nusantara Al-Washliyah. This motion analysis is a contribution to further elevate the local debating community proliferation. 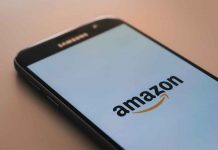 This site uses Akismet to reduce spam. Learn how your comment data is processed.

This House Prefers a Cynical and Pessimistic Perception of Democratic Politics...

Duality of Freedom: A Philosophical Analysis of Natural Freedom and Institutionalized...

This House Regrets the Rise of Social Media as A Primary...

This House Believes That Voters Should Pass A Political General Knowledge...

This House Believes That Feminist Movement Should Encourage Women Not to...